How Will Link Building Change This Year? 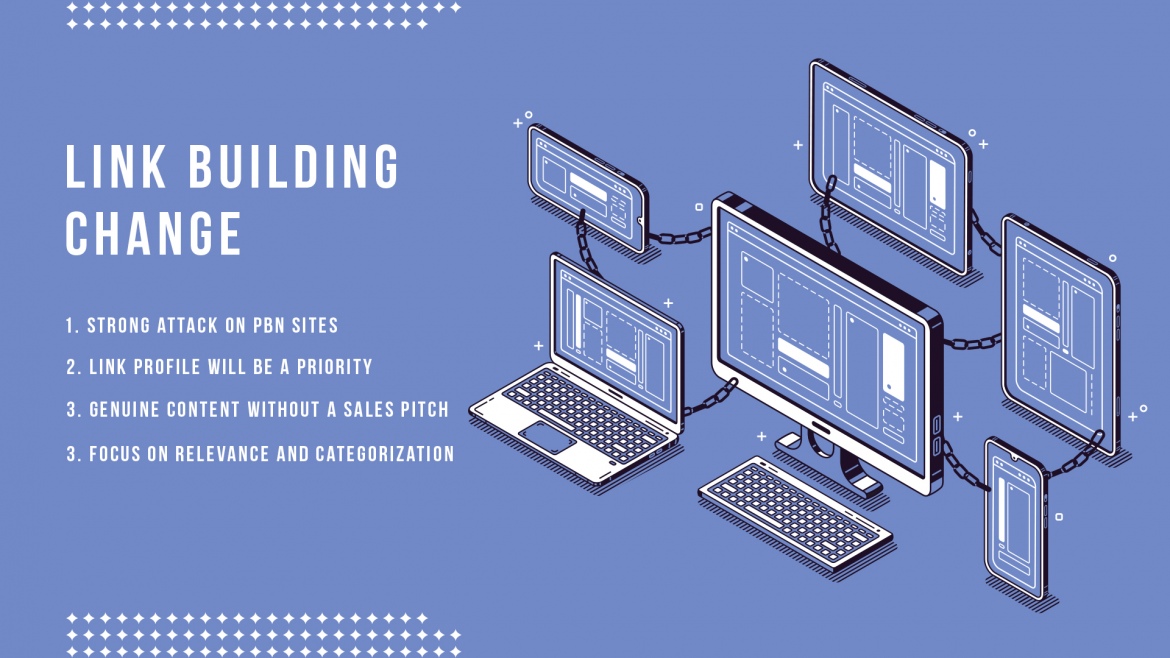 Nobody can deny that SEO is ever changing; SEO professionals have to try out various tactics to rank their website higher.

Link building is one of the sought after strategy for all of them. In fact, a study shows that over 72% believes building strong link building can help ranking to go up considerably. Many companies opt for organic SEO Services or a good SEO Service provider, to get this tricky business done.

Some of you may be new to the term link building or backlinking it can simply be defined as a number of inbound link to your blog or website. The more the backlinks the more will be the ranking. The importance of link building remains to be unchanged, yet the way link building will be approached by SEO in 2018 will be different than last few years.

Private Blog network (PBN) is a mean of driving backlinks to the website without leaving any footprints. Google punishes PBN sites most of the times and lately they strengthen the algorithm to identify PBN sites. It is recommended to stay away from PBN as Google may penalize you and would ultimately result in a poor ranking of your website.

2. Link profile will be a priority

Connecting to influencers and networking with bloggers and social media influencers is a key to flourish brands.  Influencers help to generate awareness among people about the latest launches, reviews and sponsored posts.

Influencer marketing will of the key focus of link building in 2018. Influencers already have huge connect and their popularity helps a website gain genuine and assured backlinks.

Having quality content has always been a greatest and an easier way to drive more audience. Lately, people have been writing 2-3 posts a day which hardly derives any value to the reader and moreover, it tries to sell something or the other. Genuine and useful content will provide information to audiences and they would prefer coming back again and again and refer the website to others as well.

5. Focus on relevance and categorization

Google is focusing more and more one showing the relevant and useful result to the user’s search. Hence recognizing and putting things under right category becomes important. SEO Professional’s and SEO Service providers should understand the client’s product or their services to put precise and specific categorization. It is recommended to look out for target audience searches and setting up a strategy around it.  Also always look for including niche keywords in the strategy rather than complicated and super targeted words. There will be very few highly targeted words that can bring traffic. Always remember users do not put specific queries on search, their words are very basic and hence the job of SEO becomes tough.

SEO link building is evolving and will continue to progress as 2018 passes. A links job is to dictate to search engine that your site is relevant and will provide value and thus must reach to higher audiences. Yet even the best SEO Service provider may face issues in getting backlinks working all the time, the source which earlier seemed reliable may end up being a spam and would require the SEO professional to rework his strategy. Reworking and strategizing is a major job role in organic SEO Services. Focusing on deriving value to customers with good content will bring greater benefit to the website. This will not only help in brand recognition but will also ensure your efforts are paid off well.  A good content along with an organized and strategized link building will be a key factor to rank better.

How digital currency has stolen the thunder in payment transaction world! 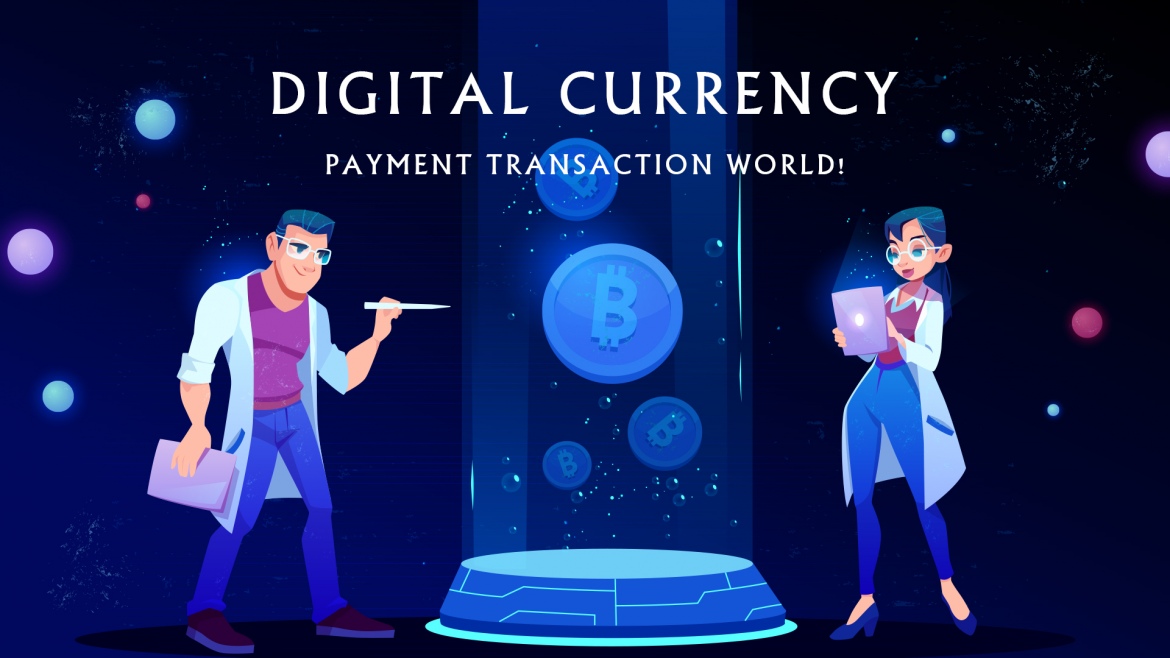 Lately, Bitcoin is a hot topic of discussion; few are accustomed to the concept while few are still confused. Apart from Bitcoin, there are several digital currencies available on the market. To simply state the concept, cryptocurrency is a form of digital money, which has some value to it.

The sole purpose of designing cryptocurrency was to give society a unit, which can be used as an exchange without relying on the banks. The first cryptocurrency was Bitcoin, which was designed in the year 2009. After that many types of cryptocurrencies came into existence. The name is given cryptocurrency as it uses cryptography, which is mean to exchange digital information in a secure way.

Benefits of cryptocurrency are as follows

1) Minimal or no chance of fraud

-> As it is end to end, and as the data is very cryptic, it has no chance of fraud.

2) Ability to send money to any part of the world

-> At times, location becomes a barrier to sending and receiving money, also change in currency and bank rules and regulations makes delay in transfers. In addition, the increased time duration requires several follow-ups from sender and receivers end.

3) Service fee to use cryptocurrency is very less

-> Banks typically require annual service fees to operate, whereas it is not true for digital money.

4) Accessible to people who do not wish to use banking

-> Many people who are not very happy with banking transactions then digital money can be a boon.

-> Instead of relying on several systems, digital money will provide a centralized system.

-> Business is no longer limited to geographies, thus digital money becomes the best option to go for. It is used universally and has faster transactions.

-> When a large amount of money is transferred, it requires a stable system to do so.

8) Can get rid of government monopolies

-> With digital money, one does not worry about any rules and regulations of the government.

How does cryptocurrency work?

Cryptocurrencies use a distributed public ledger called blockchain; it records all the transactions of the currency holders.  Cryptocurrencies are created by mining. They are mine by solving complex math problems.

-> Bitcoin is the first cryptocurrency developed in the year 2008; it follows a peer-to-peer network while doing online payments. It uses blockchain to make transactions.

a) Let’s you hold own coins

-> Ethereum was proposed in late 2013 and went live in July 2015. It is an open source, public blockchain based platform. It uses smart contract to do virtual payments. Ethereum provided virtually, the machine is known as Ethereum virtual machine, which executes scripts using public node network. As of 2017, Ethereum is a leading platform for intial.coin offerings and covers over 50% market share.

-> Ripple is currency exchange network. It was released in 2012 having a distributed protocol having ledger known as XRP. Lately, all businesses have made there own payment systems which do not interact well. With each other, the ripple has made the interaction between systems possible. It links payment systems, digital systems, and banks together to have a frictionless transfer of money globally.

-> Dogecoin is the peer-to-peer digital currency that enables you to easily send money online.

Doge is a fun, friendly mascot and it is a breed of Japanese dog. It sets itself apart from other digital currencies, as its community is friendly and fun.

Why adapt to digital currency?

With the development in every aspect of life, the payment methodology is still stuck in the disco era. It is high time that businesses adapt to latest digital money transactions as it has several benefits and majorly as its fast and fraud protected. With so many options to choose from, it is wise to adopt one as early as possible. If you still feel the task to have a shift from rational payment method to digital money is too complicated, one can always take help of app development companies.

Potenza Global Solutions has many developers who can build apps as per your needs and help you ease into the digital money transactions.

On-Site SEO Problems That Pull Back Your E-Commerce Site 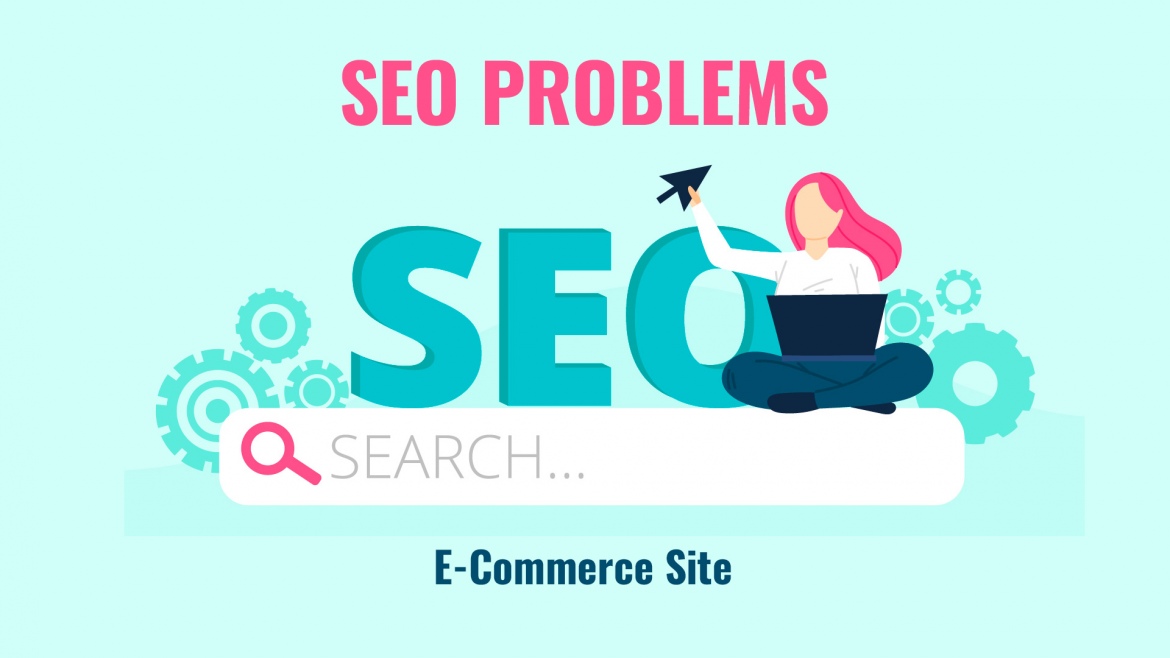 Off lately, it was noticed that there are a lot of factors that jeopardize the online presence of e-commerce sites. Here, in this blog, we’ll discuss a few common SEO problems that can be addressed with proper strategy. This has more to do with the strategization and less to do with the technical know-how.

After a thorough research of innumerable case studies, references to a few real-world examples were derived. And thus, we’ve jotted down the following problems and their resolutions.

With infinite products in stock, description for every single product is supposed to be written elaborately. However, this content is expected to be descriptive yet brief. But from SEO point of view, the content gets too short for search engines to work with. Moreover, the enterprise owners do not invest much time in developing unique content; owing to which search engines do not get anything unique to record. This implies that the search engine gets nothing that gives your enterprise an edge over the other. And thus, you lag behind.

In order to nullify the adverse effects for plagiarized content, user reviews play a key role. Although it is yet not proven if user review helps in search engine optimization of e-commerce sites; but an analysis of over 30,000 businesses that added user reviews to their websites witnessed a hike in organic search traffic.

Although, leaving user reviews could be a risky bet as they might leave negative feedback’s on products. But a treasure of corroboration is embarked on your website that improves conversion rate.

If you are someone who is reluctant in adding user reviews for your products, all you need to do is differ once and put up the reviews. The consequences are claimed to be positive for sure.

This is one of the most common issues witnessed in case of e-commerce sites. The content pages are rarely developed keeping optimized keywords in mind. Usually, any product is developed under one particular brand name or model name. And apparently, the keys supposed to be searched are the brand name or model name along with the product specifications. Thus, the brand names, model names or the product specifications need to be tagged during search engine optimization at important locations of the website page.

Also, when a particular brand or model is not known to the user, they are less likely to search for the same. They would opt for searching for generic topics or specifications associated with the product. Thus, it becomes essential to add a few generic tags or phrases on your webpage.

4) Absence of informational content and thorough focus on transactional keywords

It gets a little to get ranked for the usual “money” keywords, and focusing way too much on it proves to be futile. It can be more catastrophic when you ignore the informational keywords. By transferring your focus more on informational keywords and less on the transactional ones, you can do justice with your webpage and build a strong bond with the search engine. Ranking for the less competitive phrases will not just drive traffic to your page but also enhance your reputation with the search engines. This is because it influences behavioral metrics.

If you are considering a redesign of your website, it is recommended to consider SEO alongside as well. Redesigning website without keeping in mind the search engine optimization is referred to as a blunder and must not be practiced. If done otherwise, the pages of your site recognized by search engines might get lost. After implementing a well-planned SEO strategy, your website redesign is sure to bring to you the much-desired traffic.

6) No optimization of the most effective keywords

Thoroughly analyze your existing ranking in order to identify the most appropriate keyword for you. Look for keywords that are already performing well and make changes accordingly in order to optimize the keywords for your website or webpage. Consulting a SEO service company for organic SEO services would be an ideal option.